Get to know our client, Abby Marks Beale! 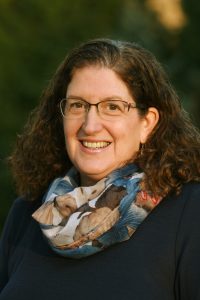 Abby is a speed reading expert and author who enjoys helping busy professionals, educators and students read smarter, faster and just plain better. From the 30 years of experience in the field, she’s created the Rev It Up Reading Online Course that is sold worldwide through her website. She’s the author of 10 Days to Faster Reading and The Complete Idiot’s Guide to Speed Reading.

As someone who used to hate to read and now is a speed reading expert, Abby helps readers (age 12+) feel more confident and competent in their reading abilities. We offer a 9 module reading course, hosted on a learning management system, that is interactive and skill-building. It contains 17 timed reading exercises to experiment with and direct email access to a speed reading expert though the user interface. We offer site licenses for professional, association and school groups as well as an affiliate program.

Based on the testimonials I receive from our users, I feel like I’m doing what I set out to do!.

My web person was instrumental in bringing my business over to you. I feel secure that my internet needs are met. Thank you!

Get to know our client, Lynne Carey! 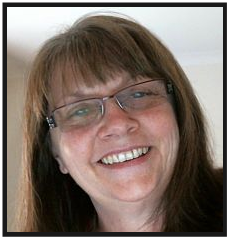 Lynne is a Mother and Grandmother who has been learning and working on line for over 14 years. She’s  also a retired Registered Nurse and has a long term interest in Natural Health.

Over the years online, she’s gained a lot of experience with content creation, building websites as well as a range of other related skills. More recently she’s started to offer Virtual Assistant services to others, in particular to those who are just getting started, or who need help with growing and expanding their business.

I help people overcome the technical and practical hurdles which get in the way of blogging or starting their online business.

I like to treat other people the way I would like to be treated not just in my day to day life but also with my clients and others I’m involved with online.

Over the years I have tried at least four other well-known hosting companies, and I can honestly say not one of them have been as good as Mom Webs. The value for money is the best I’ve found and Scott who provides support couldn’t be more helpful. Mom Webs is definitely the hosting company I will be recommending to my clients from here on in.

Get to know our client, Kim Smith! 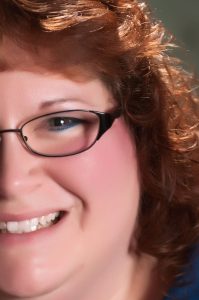 Kim Smith was born with the entrepreneurial spirit and as a third-generation entrepreneur, she started young…age 5, lemonade stand. She’s been the owner of many, many business endeavors since then.

She has been happily married to Scott for 31 years and they have two wonderful, grown sons who are both in the technology field. She and Scott also have two furbabies, and two grandpuppies.

While Kim grew up in the big city of Detroit, she now happily resides in the small town of Middleville, Michigan, which is near Grand Rapids.

Kim was fascinated by the internet and web design in the very early days (mid-90s) and decided she was going to learn more about it. At that time, there weren’t any classes, so it was a learn-by-doing experience. By 1998, she was hand-coding HTML websites in WordPad and in January of 2000, she opened Dramatic Design with her first client.

Her goal, as she started out was to make websites affordable for small businesses. She always felt that the internet should be a leveling factor, allowing small businesses to compete with their larger competitors. She feels that way to this day and still caters to this market, as that is where she feels that she can make the most difference.

Nearly 20 years later, Kim and Dramatic Design have gone through many changes. Web design and hosting are still her primary services, but now she provides many other services to her clients, such as marketing consultation, social media and blogging instruction, social media advertising services, information products, and many other aspects as they relate to online and offline marketing.

Networking is a vital part of Kim’s business and the majority of her clientelle comes from referral or word-of-mouth marketing. She loves meeting new people and believes that you can learn something from everyone that you meet. Since she is a lifelong learner and loves people, networking is right up her alley!

For many years I stayed with a large hosting company that frustrated me many times each year; yet I stayed because I dreaded the thought of having to move 30+ websites to another hosting company. Well, the time came and I had just “had enough”…it was time. I contacted Scott at Mom Webs and he has made everything very easy for me.

Sure, there were a few snags along the way. You have to expect that with so many websites and so many different configurations. But I have to say, nothing has thrown Scott for a loop yet. He has handled everything with grace and ease. He really knows his stuff and he’s FAST! I’ve been truly impressed by his technical knowledge and his customer service. The “big company” I was with couldn’t hold a candle to Scott and his team! I’m never looking back!

Get to know our client, Courtney Chowning! 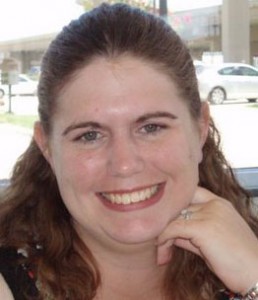 Courtney has been doing online tech support since 2006 and now writes tech articles to help other training their customers in tech that will help move their business forward.

BrandableTech is all about saving you valuable time by offering an array of tech tools and tutorials that you can brand as you own and give to your audience! 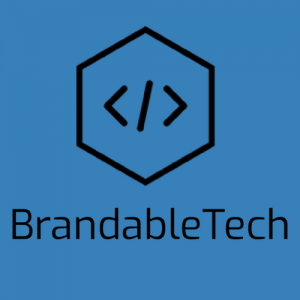 I’m very proud of the quality of tech content I’ve been able to produce for BrandableTech. It feels wonderful to be able to put all my years of tech support to use by writing content that benefits others and has a great good.

Mom Webs has supported be most by being so reliable! Mom Webs has been such a great web hosting company. I’ve used them for many years and have never once been disappointed in the service. It’s so wonderful to have a web host that I don’t have to worry about and know that if an issue does occur I can easily and quickly get support.

Get to know our client, Stephanie Grams! 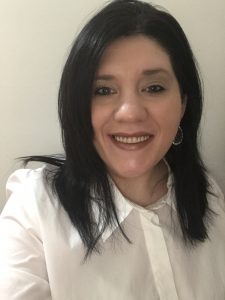 Stephanie Grams, serial entrepreneur with a total 30 + years of entrepreneurship and business management services for both profit and not for profit.

Stephanie is owner of “My Sewing Needle”, married with 6 children: 4 living children and 2 angel babies and comes from a nonprofit background in fundraising, community outreach, and education.

Stephanie says that her grandmother and mother taught her how to sew at the age of seven and it’s been part of her life since then! It wasn’t until late 2016 that “My Sewing Needle” was born and it’s been a journey that only the Lord can take credit for. 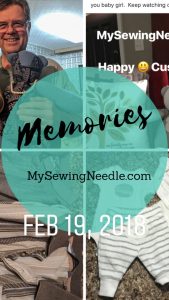 I’m most proud of the being a living example of perseverance, faith and determination. I never thought I would be able to boldly share my story and encourage other moms.

Momwebs is the only hosting I trust for my business and my clients. I have tried other hosting services in the past and was quickly frustrated by the lack of customer services and support. Momwebs gives quick and reliable customer services along with valu-packed products.

Get to know our client, Sacha Brant! 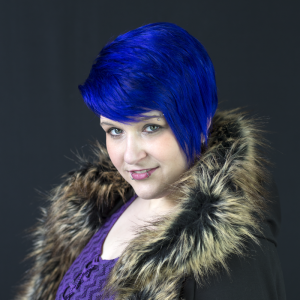 Sacha Brant’s journey to entrepreneurship began after escaping a detrimental corporate environment and violently abusive partner. She uses her hardships to empower herself and others through her business. Sassy Lasses helps build your online business from start-up to stardom. That’s not giving you a lot of details is it? So read more here.

Are you ready to write your entrepreneurial story?

Sassy Lasses is a unique digital marketing agency offering virtual services to ensure entrepreneurs accomplish their goals and don’t get in their own way. We provide the strategy and the tools so you can:

• Release your passion.
• Invigorate your aspirations.
• Optimize your brand appeal.
• Captivate your audience!

We unleash the “sassy” potential in you and your business and provide all the tools so you can achieve action-based results efficiently.

Figuring out how to get your ideas off the ground is tough. Hopes, dreams and aspirations taunt, excite and provoke your fiery and creative passion. However, reality can be cruel. It is maddening to know what you want to do, but not how to do it! You need a place to turn to ensure your entrepreneurial efforts count. We know exactly what it’s like; we are entrepreneurs, too.

When you partner with us, you can focus on your business and growth while we take care of the rest. We specialize in remotely helping business owners and entrepreneurs build brand awareness and achieve their goals by providing operational support, business development coaching and targeted digital marketing tools.

We start by getting to know you! We then assess, organize and strategize opportunities for growth. Next, we provide the support, guidance and tools you need to get your momentum going into high gear. We provide ingenuity, authenticity and a commitment to your long-term success. Invest in yourself and your business! Work with us and we’ll help you achieve your dreams. 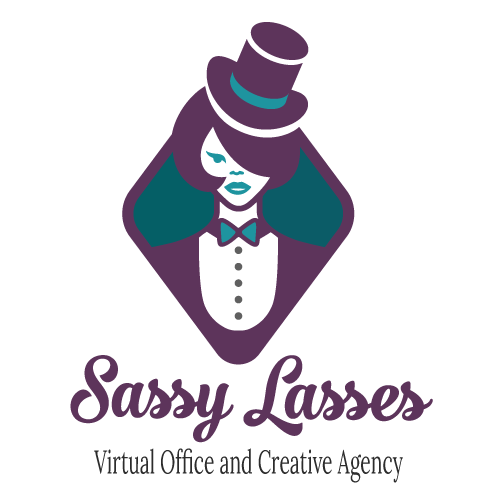 We have created a sustainable business that allows both ourselves and our clients to flourish. Nothing gives us greater joy than knowing we’ve provided the best service and our clients are seeing success.

Scott and the team have been AMAZING. I don’t know what I would do without them. In my line of work, I deal with service providers all the time so I know good service when I see it. I’ve worked with them all and I CHOOSE Mom Webs.

Mom Webs Is Proud To Sponsor! 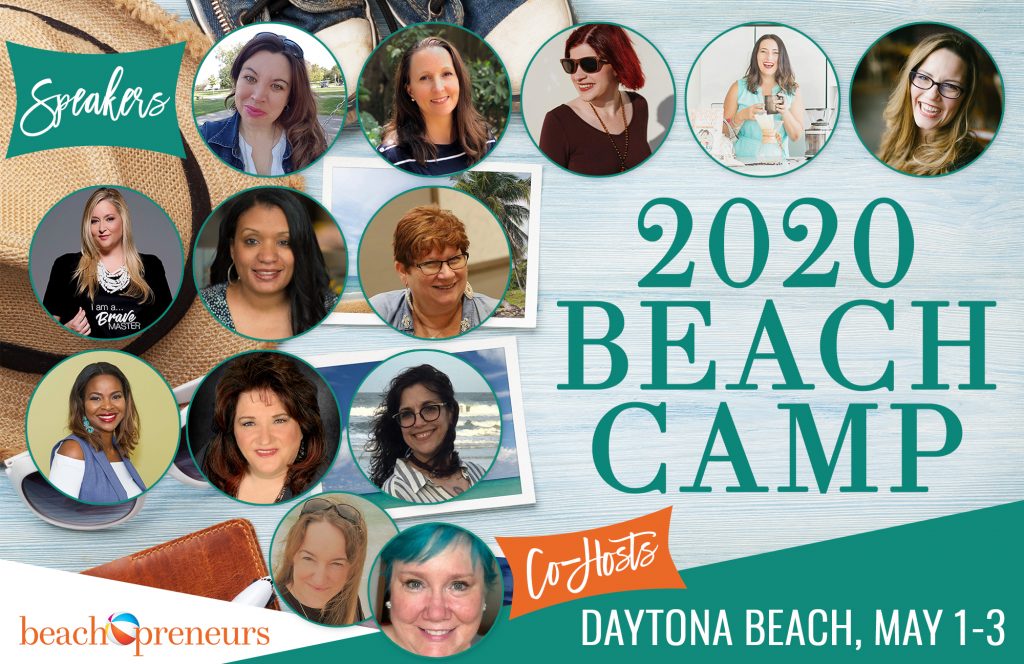 "I want to let you know how much of a blessing Scott has been. I've had soooo many questions and he's always right back to me with an answer, even on weekends. He's very helpful and kind. I hope you give him a raise!!!" - Sue Scott